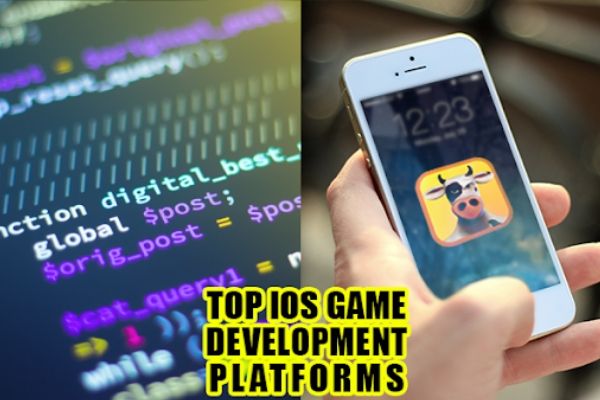 Developing games is an arduous task and involves many aspects of coding, design, audio, and animation. The game developers need assistance in handling all these aspects and merge them together to build a complete game. This is where we need game development platforms that aid the developer to plan, design, and code a game expeditiously without needing to build it from scratch.

Game development platforms and tools are complex and heavy. There are even basic beginner-friendly development tools available in the market. These tools and development software comes with tutorials, documentation, and guides that help the developers to create amazing games.

Some of the most commonly used tools and game engines by game developers to create an interactive gaming experience.

SpriteKit is an exclusive game engine by Apple to create 2D games. This tool kit supports Objective C and Swift language. It offers the game developers with various features that aids in crafting high-performance 2D titles.

This is the best platform to build 2D games for Apple. As it is a product of Apple- the developers need not download external sources and extra libraries. Spritekit matches all the products of Apple.

Even a non-programmer can use this tool to build a simple game. Furthermore, you need a graphic designer to create the design elements for the game.

This is an open-source tool to create 2D and 3D games. Godot is written in C, C++ language. The game developers can create games using C or C++ or Godot’s own scripting language, GDScript. This scripting language is the same as Python and is a dynamically typed, high-end programming language.

The game engine is created using Java. It is the best software engine to build 3D games for desktop and mobile. The games built using this engine can be published on Mac, iOS, Linux, Android, and Windows.

jMonkeyEngine is composed of IDE, and it is similar to the official jMonkeyEngine 3 SDK and set of library files. It supports the new peripherals for virtual reality and augmented reality technologies.

The LibGDX engine is new to the world of game development. The open-source engine is written in Java, C++, and C languages. The game developers can easily develop 3D games using this framework.

You can add third-party extensions that include, box2d (a wrapper for box2d physics library) and gdxAI ( the artificial intelligence framework). This tool supports Mac OS X, iOS, BlackBerry, Linux, Windows, Android, and it uses WebGL support for web browsers.

This is a multi-platform tool that uses class architecture and works with .net and  C languages. The developers can find tutorials from their official website that gives detailed information on how to build a game.

This is a free and open-source game engine and the developers can build exciting games and launch on different platforms. This engine uses the same programming language as Corona, i.e Lua.

This tool kit includes a library where the developers can select the framework. Also, they can choose from a wide variety of procedures and functions to build a game. Its programming language is similar to that of AS3, PHP, Java, or C++. It supports iOs and Android platforms.

There are many new mobile game development tools and platforms available in the digital market. We have shared the most widespread software tools that help game developers to craft some of the most exciting projects.

Consider the project’s budget, ideas,  and requirements if you are developing a game. As you have knowledge about the game development platforms and tools, choose the one that works best for the project.