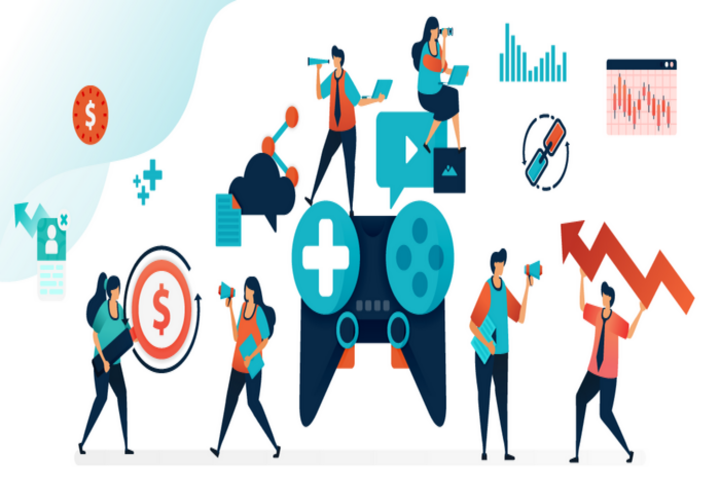 Mobile Games To Overrule The Global Game Revenue by 2021

For the past few years, mobile app development has reigned a quality source of revenue and game apps weight more. Most of the users under the age group of 18 to 35 download and play the gaming apps. On average the gamers spend more than 9 hours playing, which is 25 percent more than the previous year. The exciting fact about gaming is that gamers wish to become professional gamers and are ready to leave their jobs.

This shows that mobile game apps have more influence on changing the global game market.

Mobile Technology Leads To The Development of  Mobile Games

More than three billion users all over the world own a mobile device. Thus, smartphones more accessible and advanced over the past few years. The growth of mobile technology has been the base of the mobile game app’s success. Certain improvements like high-quality graphics, impressive processing speed, and unlimited data plans pave way for engaging gameplay.

Apart from attracting a new user base, the fame of the gaming industry has attracted the content creators, game influencers, the ad-dollars from brands that are trying to reach the global users, and new game franchises.

This strategic growth includes the effusion of games in the prominent market, new genres of games overriding the traditional style, and developers building pre-eminent games. Based on a report from 2018, more than 2.3 billion gamers spent around $137.9 billion on games. This is about sixteen billion dollars more than the previous year. Mobile gaming is the fastest-growing segment for the following 10 years with an increase in the revenue of seventy billion dollars. Mobile phones generate 80% of the game revenue, while 20% comes from tablet devices.

Google shared the annual analysis report, where the mobile game apps will account $180 billion of the revenues by 2021

To support game development, Google is planning to support and share its best practices to help the gaming business improve on the Android platform. The technology company is investing in tools that will enable the game development company to have an insight into what is taking place on the device.

Also, a team will address the feedback on the multiplayer experience, high-quality graphics, development process, and more. They have even introduced new tools and updates that will improve monetization and game discovery on Google Play.

Overview of the Updates

More than 60 thousand games and apps on the Play Store use the App Bundle format to publish the games and apps that support Cocos Creator, Android Studio, and Unity. This app bundle makes use of the Dynamic delivery to deliver optimized and smaller APK file that has of only the necessary resources required for a particular device.

They have also increased the size to 150MB for the APKs generated from App bundles, and have increased the threshold for large download user warnings on the Play Store to enhance the quality gaming experience and reflect on improved devices.

The game development companies can set up a pre-registration in the Google Play console. By doing so, the company can instantly start marketing their games even before its launch. All the users of the pre-registration campaign will receive a notification at launch, which will help in increasing the installs from day one.

4. Expect No Changes for A Decade In The Gaming World

Based on the forecast for Global Game Market, consumers will spend $180.1 billion on games by the year 2021, with an increase of 11%  between 2012 and 2021. To uphold and maintain the increased growth rate for a decade is truly remarkable.

Within a decade, the gaming industry has seen a bang on growth from being a small segment to a significant double-digit billion-dollar growth. However, this exceptional growth has not affected the revenue generation of the console and PC gaming industry. In the years to come, it is definite that the mobile game industry will exceed the overall game market, with 59% revenue generation.

5. Console and PC Has A Bright Future

The console segment grows in the market as publishers improve the in-game spending possibilities and retaining the revenue point. Furthermore, esports and live streaming will enhance the console segment by 2021. This segment will grow by 4.1% with $39.0 billion.

While the Boxed/Downloaded PC games will grow +4.2% and generate $32.3 billion in 2021. The PC games increase their growth with esports and competitive play based on many different reasons. In recent years, the pay to play PC games has declined and has reduced the pressure faced by the segment towards the revenue generation. As popular games are operating with potential monetization, no new games can replace them.

All marketers, advertisers, and brands have understood the ubiquity of mobile devices and the dominance of mobile gaming are the trends of the global gaming industry. Most of the brands are aware that the viability of advertising the gaming app users in many different ways, like branded integrations, levels, custom characters, and playable brand ads.

Due to the saturation and competition in the mobile gaming market, most of the elite gaming brands are becoming influencer marketing to reach, create awareness, and dive download. The large user base of the mobile gaming apps offers the advertisers with loads of opportunity to understand the best possible ways to reach the distinct and varied demographics and help them in crafting a potential influence marketing strategy.

Therefore, mobile game development companies have a bright future because of market demand and in-game purchases. Also, gamers can spend on monetary, as they obtain rewards. The growth of the mobile gaming industry benefits both the developers and the audience.