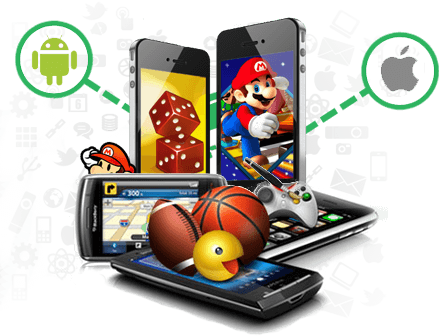 The role-playing game also known as the RPG is a genre of video game in which the players control the game character’s action. Most of the RPG games are originated in tabletop role-playing games that have similar game mechanics, settings, and terminology. Apart from that these genres include narrative and story-telling elements, complexity, character development, immersion, and replay value. The role-playing games have evolved from simple text-based console games into an impressive 3D rich visual experience.

The role-playing game is the most popular genre among all other video game genres. These games indulge the players in the gameplay and are a demanding genre in the gaming industry. However, it is also not easy to develop these games. Those who are planning to develop an RPG should get an expertise Game developer in India to turn your ideas into real-time games.

The secret to successful RPG

Being the most popular genre and the difficult one, there are certain elements that help you in developing the best RPG that is impressive and engaging.

Concept of the Game

Role-play games are based on stories where the players control the actions of the game’s character. So the game can be based on any type of story. The important thing you should have in your mind while developing the role-playing game is the idea. If you see the most popular RPGs are based on adventures and stories.

The initial step is to decide the complete plan of the game including the characters and functions that will be integrated with the game. The most significant aspect of the game is to indulge the players in the game and for that, you need an impressive storyline. Because the way the game flows is through the storyline, but if your story is not that strong don’t worry make sure to develop amazing gameplay. The way you can attract the players to play your game.

Therefore, the key aspect in developing a role-playing game is to create an outline or plan of the game that will help in building each process of game development.

Generally, players who like this genre expect the freedom to experience the gaming atmosphere. So, it brings us to the next important feature that has to be present in the game. While creating the outline of the game don’t forget to create an attractive game atmosphere.

As the role-playing games depend on the storyline, these games are generally big. So, you have to make sure the players don’t get bored of the game. To make the game interesting, allow the players to explore the wide game atmosphere. What can be done for that? Make it simple, yes. Make the game atmosphere simple with professional and classic touch. With the advanced technological strategies you can easily create an engaging atmosphere for your players.

Similarly, make the gameplay attractive by including different quests, different events, and multiple characters to give the players new experience each time they play the game. Everything in the game should be effective and interesting for the players.

Anti-Hero is the Hero

Your RPG can have as many villains as possible, but the main villain of your game must be more effective and powerful. If your game villain is not active, it will bore the players and does not interest them to continue playing the game.

The game’s theme must be portrayed through the soundtrack. Give extra care in creating or choosing the game’s soundtrack. The sound is like the signature of the game, it means a lot in reflecting the game’s emotions to the players. There are many online free soundtracks available or you can even make your own soundtrack. That depends on your budget and interest.

Midas touch to the Game

There are many role-playing games available in the industry, but why should the players choose your game? The answer is very simple, when your game stands out from the rest of the games it obviously attracts the players to play the game. Give a unique touch to your game, focus on the aesthetics of the game.

Just adding few advanced graphics or interactive elements does not make the game stand out from the others. Creating an exclusive theme for the game and applying all the aesthetic elements to it can make the game have a different look and feel. Thus, with any number of competition your role-playing game stands alone ruling out other RPGs.

It is always advisable to make a multi-platform game as you can reach a larger user base. While developing your game make sure to choose a good development software that works for you, both in terms of technology and cost. There are several paid and free development tools available in the market.

Generally the RPG genre is considered complex and people think that building a complex role-playing game is the best way to succeed the game’s popularity in the gaming world. But the main rule to a successful role-playing game is making it as simple as possible.The storyline might be different, however your gameplay should be neat and simple.

This way, the game looks more engaging, while developing also becomes way more easier for you. Main thing is that it makes it easy for the player to understand the core of the game. Making the game simple will allow you to convey the concept of the game, and also reduces unnecessary expenditure.

These are some of the key elements that one should follow while developing a role-playing game. There are a lot of opportunities and options available in building a game, choose the best option and build a successful game.