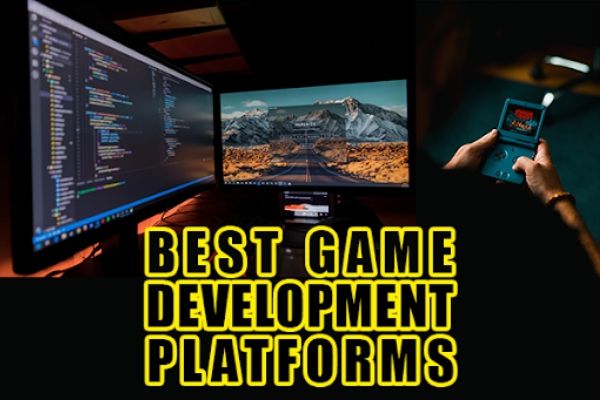 Mobile phones have become an inevitable part of our lives. We simply do not use it for communication, but also as a source of entertainment. And when we say entertainment, it is mostly to play games. People have an untiring interest in mobile games. It is one of the biggest reasons for mobile game development to become a top-notch industry in today’s tech-savvy world.

The mobile gaming industry is the most profitable industry and it generates more than 80%  of revenue. Apart from a good storyline and gameplay, a successful game should also be graphically enriched. For this, you need proper game development tools.

Let’s take a look at the most promising and popular mobile game developing tools.

Unity Technologies launched a brilliant cross-platform and create exciting mobile games by deploying on other platforms. This engine supports UnityScript, its own language, and C#. This has both the free edition and professional edition.

Unity has an in-built editor which allows the users to organize the animations and edit images from the Animator window. With the Unity Editor, you can also design the particle system. For easy access to its features, the UI has different components. And it has a customized physics engine with a built-in camera to simplify the navigations.

Developers who desire to design a mobile game that is accessible on multiple platforms can opt for this tool. It offers numerous assets for the game from its asset store.

Using Corona SDK, it is possible to develop free mobile games. It uses a lightweight scripting language Lua. OpenGL is the rendering engine used by Corona. This software development tool is available on Apple’s operating system (OS X) and Windows.

Corona SDK has a built-in transition library and scene management. It allows the developers to modify and adjust the graphical qualities of the game. It is easy to create graphical surroundings, design multiple levels, and understand the interactions between each element.

Corona Lab offers the developers with Text plug-ins and Corona Editor making game development a cakewalk for skilled game developers. The developer can choose the enterprise model that provides native APIs and libraries to add more features in the game.

Amazon’s  AAA game development tool- Lumberyard is based on CryEngine architecture. This is one of the best cross-platform game engines that provide lots of functionalities and tools to develop best-quality games.

By integrating Twitch, Lumberyard offers a live video game streaming facilities with a large audience every month. And this capability makes it the most convenient development tool for marketing video and mobile games. One of the best use of using this tool is that the developers need not share their revenues with Amazon. They can host their multiplayer games on the cloud as it integrates with Amazon web services.

Developers can make use of gaming features and engage with the gaming community using Twitch. They also provide TwitchJoinIn, Twitch ChatPlay, and Twitch Metastream.

Unreal Engine by Epic Games is one of the best game development kits. It has a lot of options for Console, PC, and mobile game development. This kit enables the developers to render console-quality content on mobile phones.

As the games are shifting towards AR and VR domains, the Unreal toolkit provides its expertise. Challenging apps like filmmaking, photo-real visualization, and AAA games can use this game engine. It also offers a solid foundation to create content on the mobile VR platform.

This game engine has amazing graphical capabilities like advanced dynamic lighting and particle system that can simultaneously handle millions of particles in a single scene. This is truly a delight for the 3D game developers.

Game Maker Studio is an easy to use framework launched by YoYo, especially for 2D game development. The tool has robust functionalities that are suitable for beginners who are new to the industry.

Through their Drag and Drop development environment, they are trying to make game development reachable to everyone. It has few features like real-time analysis to know about in-game actions, 2D Spine animations with full support, Git and Stream integrations.

The developers have access to different game developing software through their YoYo account. Even the platform allows the developers to personalize by organizing a workspace or development environment.

This is a free and open-source framework. Cocos2D supports OS X and iOS. It works with Objective-C and Swift. When the coding is in Objective C, through the SpriteBuilder Android plug-in it supports Android.

Using the SpriteBuilder the developers can create projects and provide graphic design environment- where they can build and prototype games. It uses the OpenGL rendering engine.

Use CCAction class for actions like rotate, scale, and move, for tilemap use CCTiledMap, support particle systems using CCParticleSystem. For animations use CCAnimation class, and to perform the scene management use CCTransition and CCDirector.

Developers interested in working on Swift and Objective-C can use this framework and execute an effective mobile game development process.

Marmalade is a high performance and fast cross-platform engine used for creating 2D and 3D games. This is a free suite that makes game development easy and simple porting process. This is an award-winning development tool that is famous among the developers. Because of the ability to build native games for desktop and mobile phones. You can code the SDK even in C++.

Another version of the development tool called Marmalade Juice supports the porting of iOS games to the Android platform.

These are some of the best mobile game development tools, frameworks, and engines proposed by the game developers. This will give you the cognizance of choosing the best possible solution while developing your dream game.