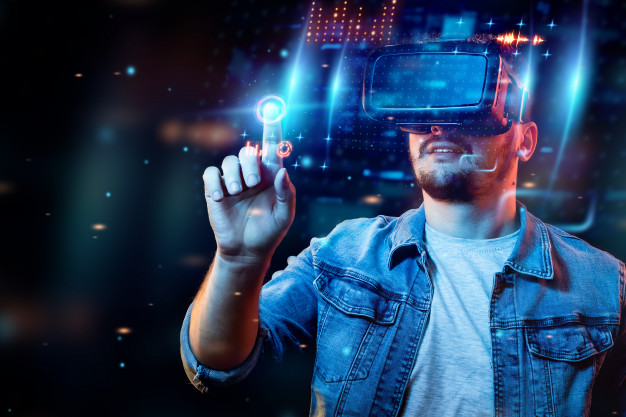 VR Games are the Key to Future Business

Long gone are the days when fictional stories came up with virtual reality concepts, but now the fiction has become real. Thanks to the technological advancements. This VR technology has taken over many businesses and has changed the perspective of doing business and marketing.

When it comes to new advancements in technology, the gaming industry never fails to venture into it. And we have many VR games developed in the market that are affordable and easily accessible to the gamers. Players use a headset while accessing the VR games to interact with the virtual gameplay, some VR games require simple hand controllers to trigger or touch the virtual objects while playing the game.

VR technology has taken the user engagement to the next level. The player is immersed into the digital world, the VR headset mounted on the player blocks the real world and takes them to the virtual world.

All of us would have had the 3D experience in an amusement park or malls- where they have a booth that has a big screen with six to eight huge chairs. Once the operator plays the simulator, the audience is taken to that virtual world played on the screen. This experience is now reduced to a small headset and hand controller, so there is no need for a booth to get an immersive gaming experience. Just wear the VR headset and dive into the virtual world.

VR Games are a Game Changer

With the increase in the number of players, many technology companies and game development companies are taking the opportunity to venture into new possibilities using the VR technology. So the gaming experience jumps to a new level.

VR games introduce the players to have a 360 degree of the gameplay experience, thus giving them an opportunity to explore the game in all possible ways. It engages them to play longer, while inviting more new players to the game. Another interesting fact is that all the friends join together in playing VR games.

Though your friends may be in a different continent, in a different time zone, yet with the VR games you would feel like standing together and playing the game. While it also deepens the player’s connection with the game.

VR games can be used in many different business applications. It can be used to empathise more audience to the business and can easily render stories to convince the users. The virtual interaction makes it easy to explain and understand by both parties. Hence, many businesses are partnering with game development companies in attracting a larger user base. While indie game developers in India are also focused on building VR games.

For people who cannot travel, VR games combined with business is going to be a life changing experience. This technology is the beginning of new technological adaptation, there are many more changes yet to happen in both gaming and technology.

According to reports, the future of gaming lies in virtual reality technology, therefore many brands have partnered with game development companies so that they can easily attract a large user base. Some brands sponsor offer streamers for playing games, while some sponsor for playing competitive games. Some brands offer VR headsets to players for a very minimal cost so that the brands can enter the users household easily. The VR game players can mount the VR headset with any smartphone, therefore the players can enjoy an immersive experience at low cost.

Many brands are ready to invest in VR games and VR headsets, because simply printing their company logo can gradually increase user attention. Thus giving the brands the access to enter a large user base. These new users will be aware of the brands product or services and the brands will also be a part of the new technology.

VR games are and will transform the way in which the business operations were conducted within their company and with their users. And businesses and brands that fail to embrace this technology will spend more from their annual budget in training, prototyping, and designing. Furthermore, they will outcast from their competitors who give an amazing and entertaining experience to their users.

VR games are not the only answer, but being in the trend gives brand exposure. Businesses can use VR games to offer their users a whole new experience in marketing the products and services. However, businesses have to connect with their customers with interesting and creative words and product descriptions.

So, businesses that adapt to the growing technology can survive in the global market and failing to do so might soon disappear from the market. Think wise, play VR games to do business.