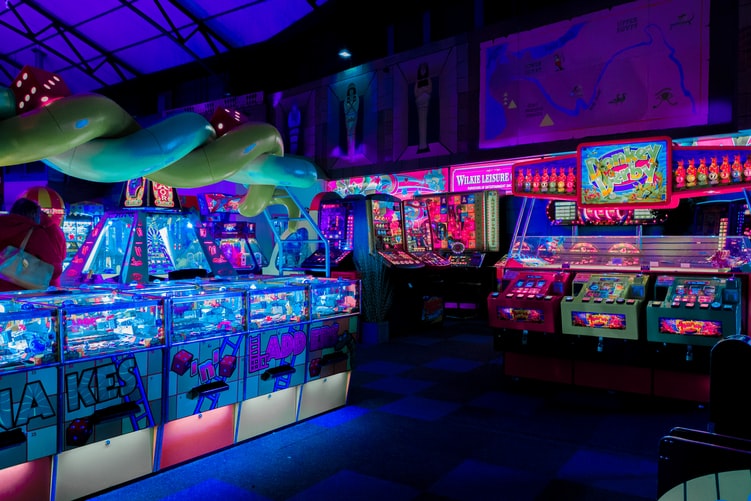 Earlier the game players were constricted to play online games such as simple puzzles to adventures series only on the desktop, but the massive development of mobile technology within the past few years has brought a noticeable change in the game application development industry.

And with the more than $100 million dollar generation in the global market, the game apps are getting more attention in the market. You can create a good game only through a dedicated software or a game engine.

The demand for game apps on mobile phones has increased, and many game development companies are interested in developing mobile games. Let us take a look at some of the game development solutions for smartphones that are popular among the players.

The first step is to install a game engine on the computer, while most game engines work on both Mac and PC, there are some game engines that work only on PC or Mac. As we are creating game apps for smartphones, it is ideal to run a test game on both Android and iPhone. Doing so will help you reach both the markets and remember to try on the low-end devices as well.

You have to create an account to submit the game on the Play/App Store. It costs $25 for a lifetime in Play Store and with $99 per year you can register in the App Store. In the game app, you have to make sure the game you have created runs on all devices, and you are responsible for all kinds of updates regarding the game. Sometimes, you might have to update the game each year.

The 2-dimensional game solutions are the basic applications that enabled game developers to develop games on mobile phones. 2D technology uses simple graphic elements to create a basic and easy game for mobile phone gamers. Later, with the technological advancements in the gaming field, most of the players have upgraded to newer games. However, 2D games can be easily developed at a very low cost.

For the game to be engaging and have interactive animation include the Flash technology in the smartphone games. Using amazing graphics, background audio features, stunning visuals, and sound in the games easily reproduce the ideas of the game and attract the players to spend time on playing the game. By using these animation packages, it is easy to reach the targeted audience.

3-dimensional technology has revolutionized the gaming industry and has taken it to the next level. With the 3D effects, the players are transported to the game scenario and this makes the game realistic. To engage with a large number of players, game developers prefer to use a 3D feature in the game interface.

This is the most important solution of all and is the main tool in making the game. While working on it, you will find a lot of solutions from the basic things to the sophisticated ones. As a developer, you can categorize the game development tool by the following elements:

Drag And Drop: This is the best option for some new to game development. The tool offers a list of actions that can be applied to the game object.

Coding: This is the safest option to get full control over your game. While making your job easier, you can also learn more from the tool and improve your game developing knowledge.

Gaming Templates: One of the simplest ways to get started with the game development, but with certain limitations. The tool doesn’t allow you to change the game mechanics, while you have the privilege to change the music, background, and character.

Visual Coding: An advanced solution that has the flexibility of the code the need to code, which means, you just create the node to represent the events or actions of the game object. This tool creates a diagrammatic representation of all the things that take place in the game window.

Insight On The Game Engines

We have seen the different categories under which a game engine can be defined. Each game engine falls under one or more categories and can fulfill the objectives of the game. Some of the commonly used game engines are as follows:

This is a powerful game engine that comes with the visual editor known as the Blueprint. The tool is considered to take the graphic to the next level. Games built using this engine can be published in different platforms like consoles, PC, Android, and iOS. This game engine normally designs sophisticated games that target high-end smartphones.

The main objective of the game engine is, it comes with a visual editor that helps you to create and animate the pixel art into the program directly. Therefore, this tool is most favored by artists. This tool has its own scripting language called GMS2 and comes with excellent documentation.

This is new to the game engine platform but 100 games created using this engine has topped the App Store. It consists of a few basic templates and the ‘drag and drop’ feature. It has robust features with a neat interface.

The game engine has exhaustive documentation and offers online classes, so beginners can start from the basics. The engine has game physics with the visual editor. It is a fairly cheap game engine that comes with all the features including the plug-ins and tutorials.

Creating a game app includes various steps and by implementing the solutions discussed above you can build an engaging and interesting game. If you want to create a game from scratch you can or you do have ready-made templates that make your task easier. Therefore, with some research work and available online resources, you can easily create a game. Also, the added bonus is that you need not have to code to create a new game for smartphones.